A movie can take years to make, from pre-production all the way to the opening night. The director is there throughout every step and has to carefully plan everything out and lead the cast and crew in the right direction to realise their vision. However, their work is not necessarily the studio’s vision for the film.

There have been many instances where the studio funding the film go behind the director’s back and edit the film to their liking, often butchering the film. The director will of course be angry and saddened by all their hard work being ruined. In cases like this, directors often request their name be taken off the film’s credits to both distance themselves from the film and to prevent their career being hindered by being associated with work they consider to be terrible.

They will use a pseudonym in place of their own name so no one will know they directed the film, although in this day and age of the internet, it is almost impossible to hide the truth. These days, it is more of a symbolic act than one of concealing the truth.

Below are ten directors who refused to have any more involvement with a film they put their heart and soul into before the film got tarnished enough for them to use a fake name. 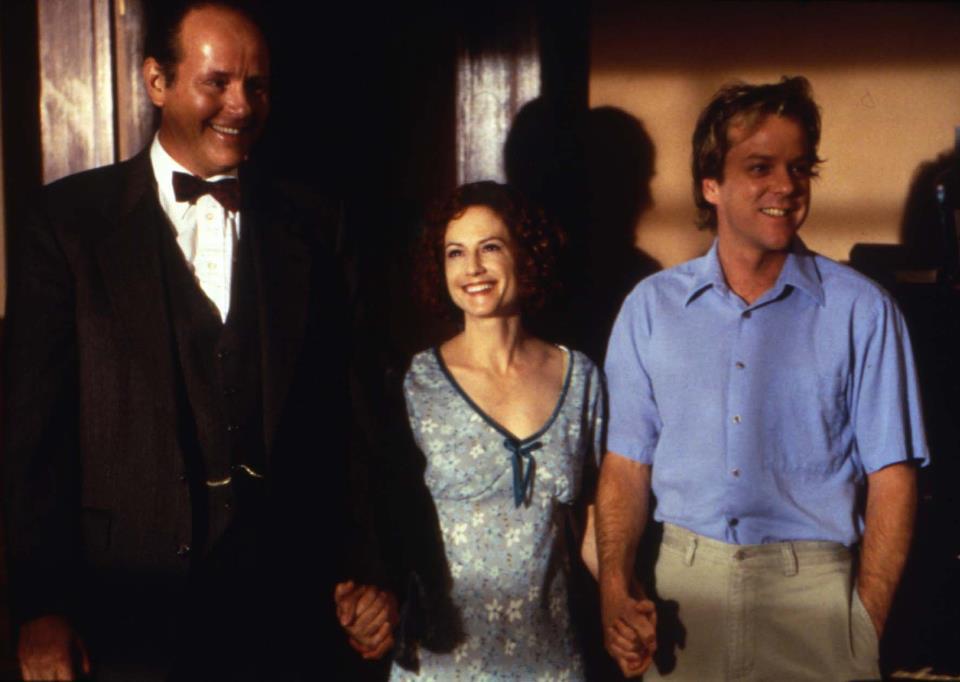 Many actors have a go at directing films themselves, and Kiefer Sutherland attempted this in 1999 with his film Woman Wanted, which he also starred in. Although it was not his directorial debut, it was certainly the end of his directing career.

The problems with the film are actually quite simple; the pacing is very slow and the plot is just plain boring. The original cut of the film is credited to Sutherland, but the TV edit of the film omits important scenes that make the film worse. These are edits Sutherland was against, so he replaced his name with the notorious Alan Smithee name.

What makes Woman Wanted notable from every other film on this list is that it was the last film to ever use the pseudonym “Alan Smithee” for the director’s credit. Sutherland already has a prolific career, and this is perhaps one of the lesser accomplishments he has made professionally. 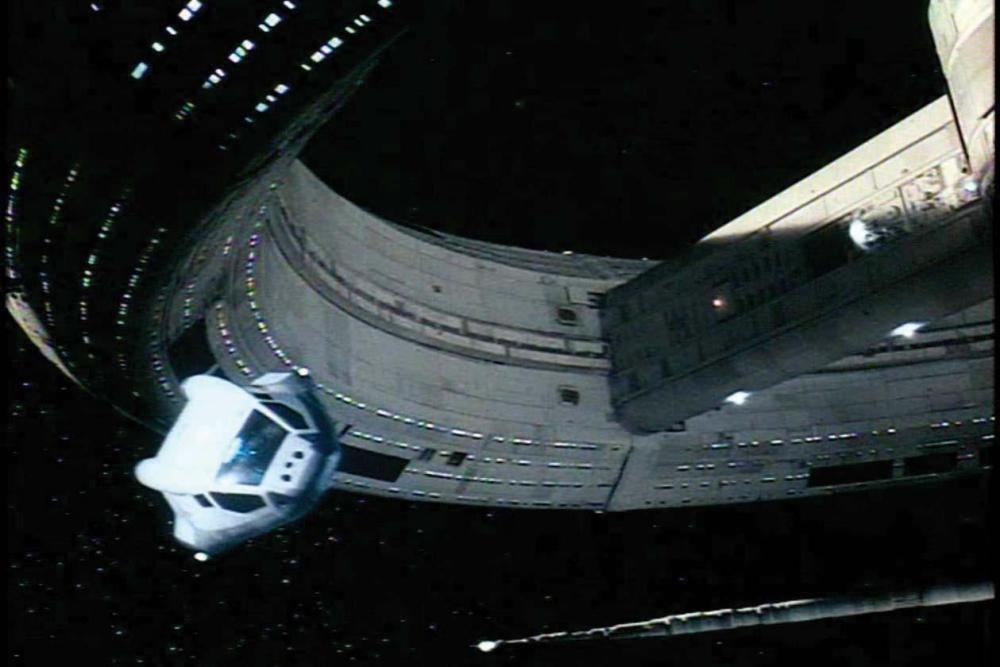 Solar Crisis is a science fiction film made in 1990 about a giant flare from the sun that will destroy Earth unless it is stopped by a team of scientists. It has a budget of 55 million dollars and starred Hollywood royalty like Charlton Heston, Jack Palance and Peter Boyle. Unfortunately for everyone involved, especially its director Richard C. Sarafian, Solar Crisis came and went without much fanfare, except for how terrible it was.

Solar Crisis has too much talking and not enough action, with said talking often being exposition that was usually unnecessary. Despite the dramatic plot that should have had a lot of action throughout along the lines of similar end of the world films, such as Armageddon and The Core, the film is just plain boring. Sarafian was unhappy with the studio’s meddling of his film that he requested that the name “Alan Smithee” be used instead. 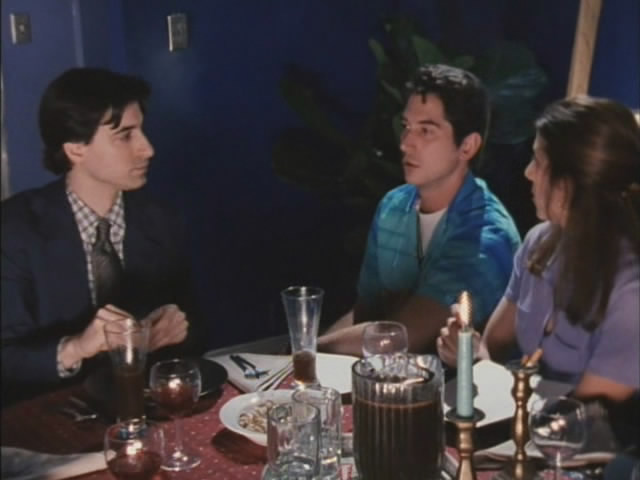 Sometimes with filmmaking, it does not matter if the director has the best intentions. If the production values are poor and the film shoot is rushed, then the film will probably turn out poorly.

Director Noah Baumbach’s early indie film Highball was shot in six days on a shoestring budget, and perhaps because of how rushed the production was, it should be no surprise that the final film was a mess that did not meet the director’s expectations.

Baumbach has commented on Highball: “It was a funny script. But it was just too ambitious. We didn’t have enough time, we didn’t finish it, it didn’t look good, it was just a whole… mess.”

Baumbach had a falling out with the producer, so he did not complete the film. The film was finished, without Baumbach’s approval, and directed by “Ernie Fusco” and written by “Jesse Carter”. 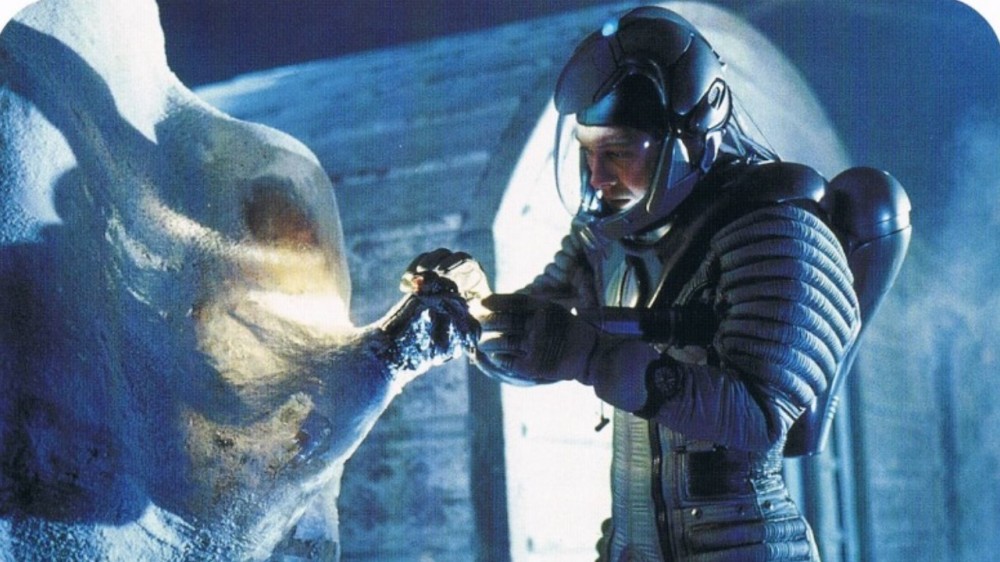 Science fiction movies are often expensive and have a big budget to work with, and there are numerous sci-fi films that went over budget because of the expensive special effects and sets. However, what is not so common is to have the budget being cut halfway through shooting the film, limiting director Walter Hill’s resources when he made Supernova.

After further disagreements with the studio, Hill left the production, and horror film director Jack Sholder and producer Francis Ford Coppola reshot parts of the film. It is believed that little of Hill’s work remained in the final film, and both the final film’s acting and CGI are considered to be terrible. Understandably, Hill wanted no more association with Supernova. As the Alan Smithee name had become too well known and discontinued by 2000, the pseudonym “Thomas Lee” was chosen instead. 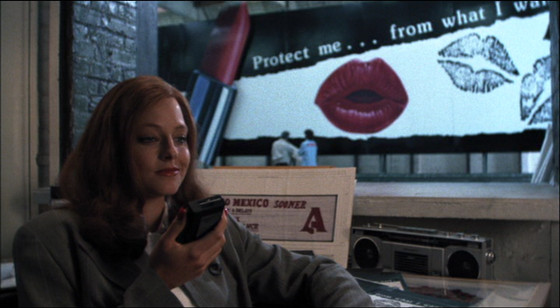 Dennis Hopper has had a fascinating career to say the least. While he did not direct as many films as he acted in, his directorial debut Easy Rider changed cinema forever and it truly is a masterpiece. His follow up film The Last Movie bombed and was considered too strange for audiences. He directed other movies afterwards with mixed results, but his 1990 thriller Catchfire was not one of the positive experiences.

Vestron Pictures, the film’s distributors, were not happy with the outcome of Catchfire, so they went behind Hopper’s back and parred down the running time to 98 minutes. Hopper left the project because of this and the film is credited to “Alan Smithee”. 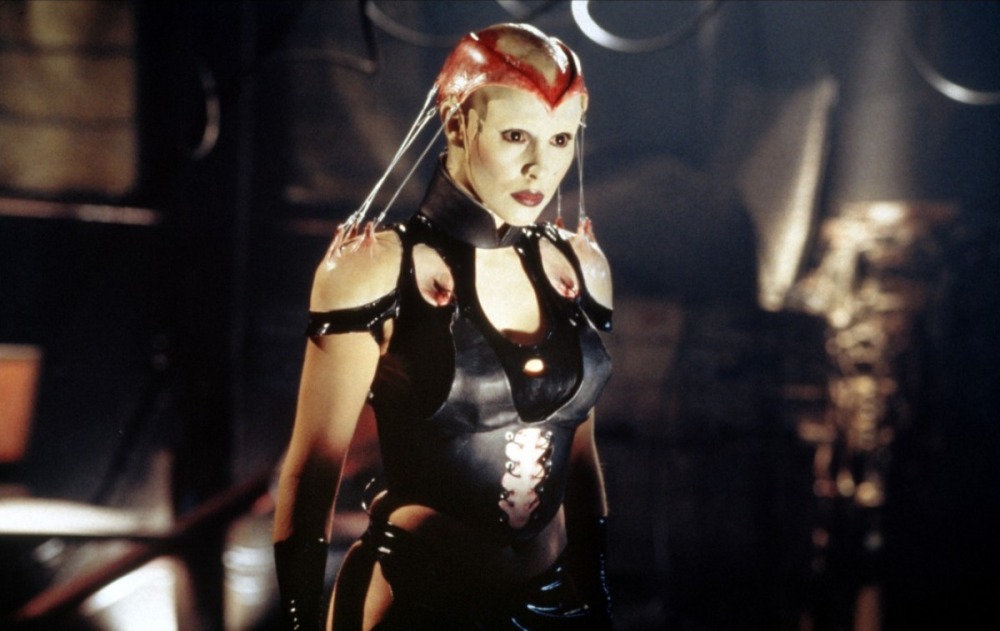 Although the Hellraiser series is quite low brow and was never intended to win any Oscars, it really says something when a Hellraiser film is so bad that the director chooses to disown it.

Even as a director for hire, director Kevin Yagher had particular ideas of where the film should go. Yagher wanted the film to have more of a scary atmosphere and graphic imagery rather than rely on the appearance of the series’ villain, Pinhead. In the original script, Pinhead was not meant to appear until the 40 mark of the film. The studio was not pleased with this idea, and they made cuts to the film behind Yagher’s back.

Yagher quit the production before filming was completed, so director Joe Chappelle completed the film creating new scenes, but his name does not appear in the credits. Yagher naturally did not want anything to do with this butchered version of his work, so the “Alan Smithee” name was put in place, which worked in his favour as the film’s failure made Hellraiser IV the last film in the series to be released theatrically. 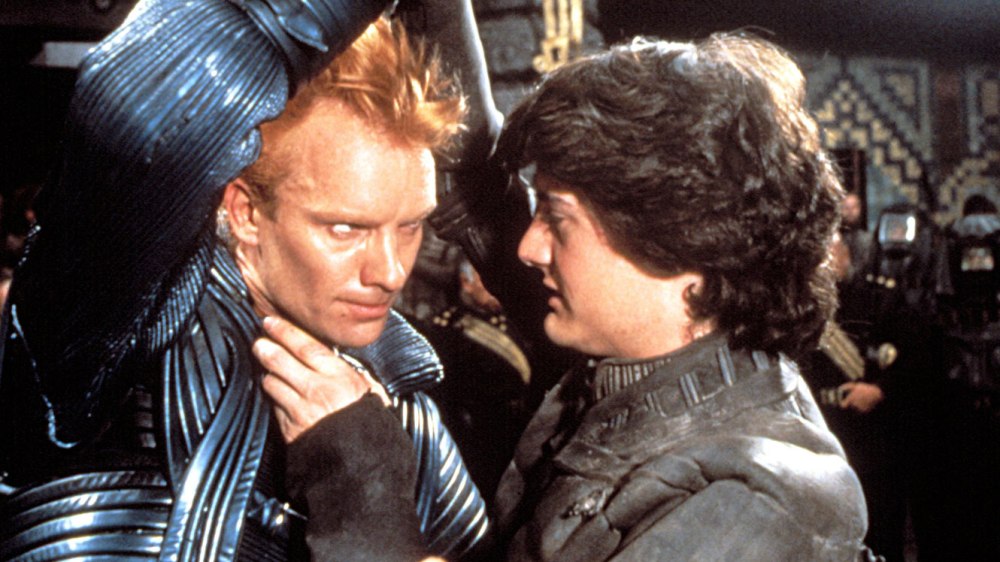 The production of Dune was always troubled, long before director David Lynch entered the picture. Previous attempts had been made to adapt the acclaimed and dense science fiction novel Dune to the big screen, but they went nowhere. When Lynch was filming Dune, the studio interfered with his work from day one.

Lynch has always felt dissatisfied with the outcome of Dune and is reluctant to talk about it in interviews, although he allowed himself to be credited as the film’s director and screenwriter.

Many scenes were edited out of the film, making Dune hard to follow despite Lynch’s efforts. Years later, an extended version of Dune was made with these scenes added in, including further exposition of the Dune universe and the characters’ motivations. Lynch wanted nothing to do with this version, so he chose to use the common director pseudonym “Alan Smithee” in place of his name.

More telling was the name he chose to replace his screenwriting credit, “Judas Booth”, is a reference to Judas Iscariot, the Biblical figure who betrayed Jesus Christ, and John Wilkes Booth, the assassin who shot the American President Abraham Lincoln. Lynch felt betrayed by the studio, so this was his way of getting payback. 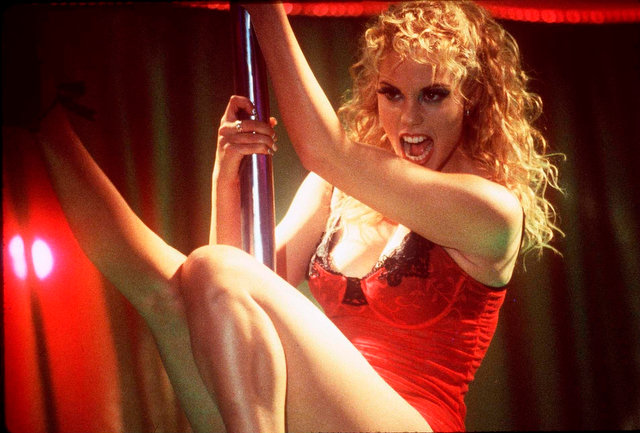 Showgirls is notorious among movie buffs with its reputation as being one of the worst films ever made. From the over the top acting, the silly dialogue and cringe worthy attempts at being sexy, it never stood a chance at being taken seriously as intended. Although the original version of the film was a disaster both with critics and at the box office, its director Paul Verhoeven stood by his cut of the film and his name remains in the credits.

However, Verhoeven wanted nothing to do with the edited for TV version of Showgirls. The swearing was dubbed over poorly with tamer alternatives by people who sound nothing like the real actors, and the nudity was covered up by digitally inserted bras covering bare breasts that look incredibly fake. The sex scenes were also edited out of the film, making the characters’ motivations in later scenes not make sense.

All of these changes make this censored version of Showgirls even more ridiculous than the original version, as hard as that may be to believe. Verhoeven took his name off the TV version’s credits and replaced it with “Jan Jenson”. 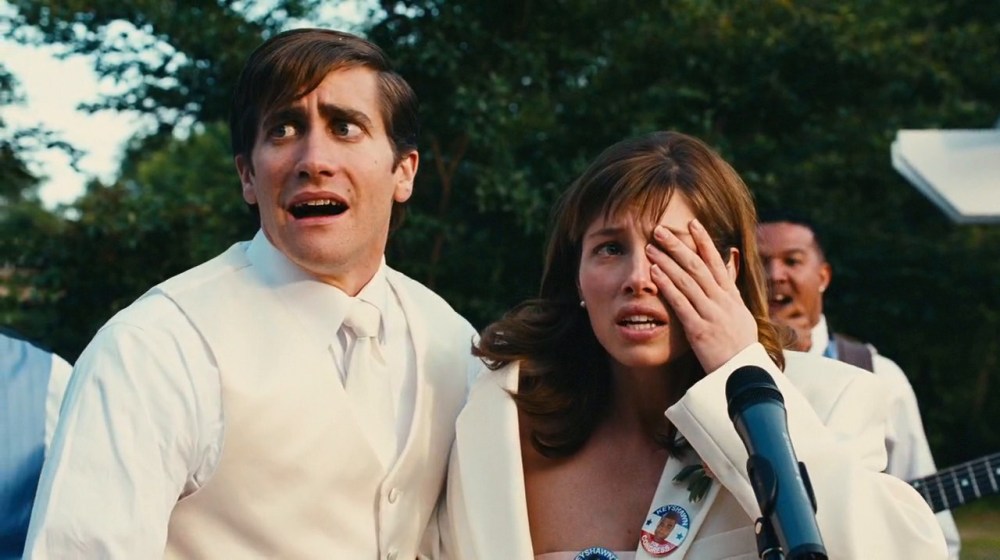 Originally titled Nailed, this film was meant to be both a romantic comedy and a political satire, and was planned to be released in 2008. However, there was nothing funny about what happened behind the scenes.

Although Nailed was estimated to have a budget of 26 million dollars, reportedly no one was being paid for their work and many cast and crew members walked off the set. Most of the film was completed, but with continuing money issues, key scenes were not able to be filmed, so director David O. Russell abandoned the project too.

After Russell’s later films such as The Fighter and Silver Linings Playbook achieved Oscar glory, the studio were keen to have Russell’s unfinished work out there. The original production company Capitol Productions went bankrupt and Nailed was purchased by Millennium Entertainment.

The unfilmed scenes were finally completed without Russell’s involvement, and the film was retitled Accidental Love. Russell had his name changed to “Stephen Greene” in the credits, which worked out in his favour as Accidental Love did not receive a theatrical release and was panned by critics. 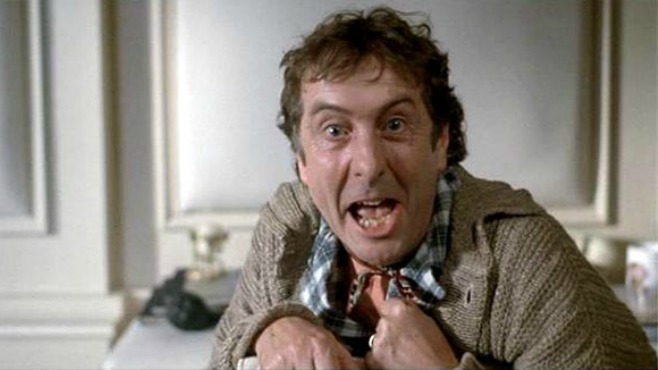 By the 1990s, the pseudonym Alan Smithee had been in use for directors unsatisfied with their films for approximately 30 years. Hollywood’s then highest paid screenwriter Joe Eszterhas had seen all the dodgy dealings of Hollywood and mistreatment of filmmakers.

Eszterhas he set out to satirise Hollywood’s use of the Smithee name for bad films by writing Burn Hollywood Burn, where an aspiring director named Alan Smithee (Eric Idle) has his film ruined by the studio. It is recommended to Idle’s character to use the “Smithee” pseudonym, but as his actual name is Alan Smithee, this does not help him.

While the premise is amusing, especially to movie buffs who are aware of the Smithee moniker, one person who did not find the film amusing was its director, Arthur Hiller. Unfortunately for him, the film’s premise happened to him, with the studio taking the film away from him and preferred Eszterhas’s cut of the film, forcing Hiller to actually use the pseudonym “Alan Smithee”.

The film bombed and ruined Eszterhas’s lucrative career in Hollywood. Burn Hollywood Burn made the public more aware of the Smithee pseudonym, so studios discontinued the use of this name in 1999. The fact this film also legitimately used this name too because Hiller was unhappy with how his film turned out is the very definition of irony.